As the title would suggest, many things were broken at Target Field during the home finale – some good, some obscure, and some just down right terrible.

The Record:  Phil Hughes set the highest “Stikeouts to Walks” ratio in MLB history.  He had 186 Ks and only 16 walks (the same number of walks as wins this year!).

The Streak:  A personal streak of mine – no games with double digits during the 2014 regular season – came to an end.  And this was without batting practice!!

The Bone:  Trevor Plouffe, while trying to tag a guy at third, broke his forearm.  You could tell right away that he was done for the rest of the seaon (only 4 games), since he was holding his arm gingerly while it was visibly shaking.  The amazing run of snagging baseballs really loses steam when the guy you root hardest for goes down.  At least he got his 80th RBI of the season and finished with a .258 average (both are career bests).  Am I sensing a second coming of Michael Cuddyer?

Onward, to the catches… errrr, toss-ups…

I thought it’d be the ball shown below, since Lester Oliveros was the closest to me and Paul (yep, Paul Kom was here with me) was trying for a Logan Darnell ball. 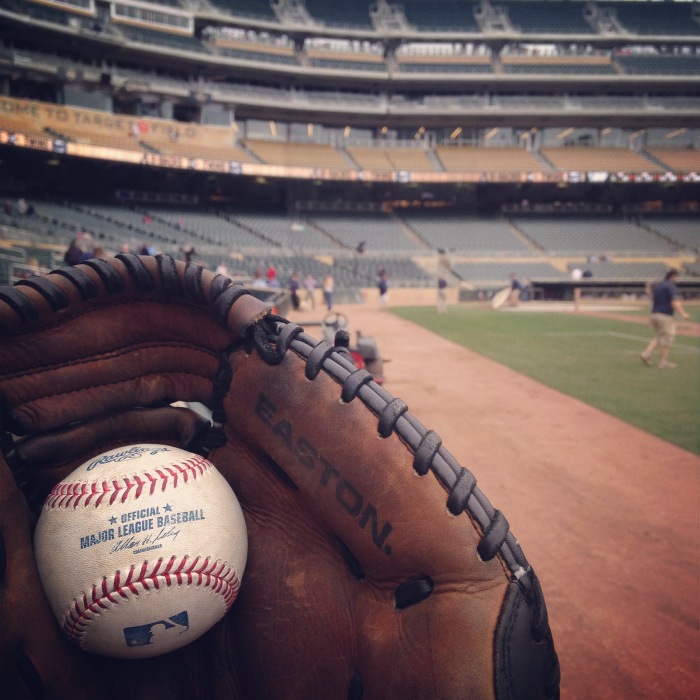 After Ricky Nolasco got done with warm-ups with Nate Dammann, Nate tossed this one to me.  I think I was down 4-2 to Paul at this point.  But for no BP, we were doing surprisingly well. 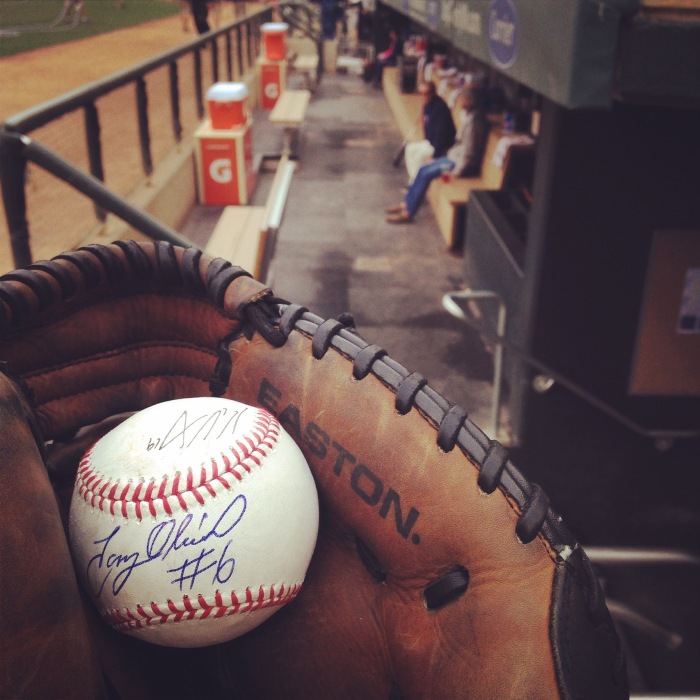 Let me just say this (again), Tony Oliva is a Twins treasure.  He is the nicest, most giving man, and he always has a smile.  He saw a small group of us by the dugout, went back in the clubhouse, grabbed a few balls, SIGNED them, came back out, and tossed them to us.  Kennys Vargas came out shortly after and almost wouldn’t sign the same ball, since he respected Tony that much.  Tony gave him the go ahead and that is why you see both their signatures.

You knew this was coming, right?  Dominique, fromt he game-ball bag.  Enough said. 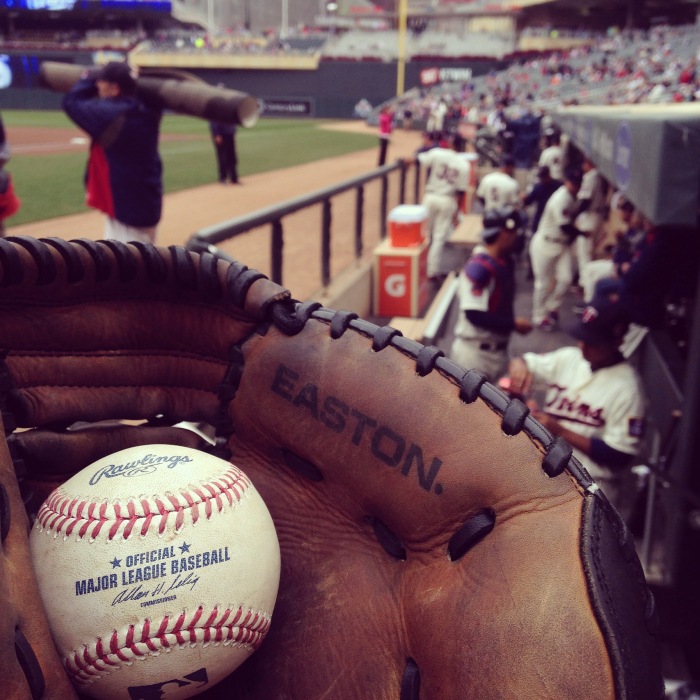 Shortly after Dominique tossed me one from the ball bag, Eduardo Escobar did his best impression.  It felt great to keep the 5+ streak alive.

The man who gives the umpire crew their television signals bombed me hard.  I told him it’d go on the blog.  I can now say that I do not lie. 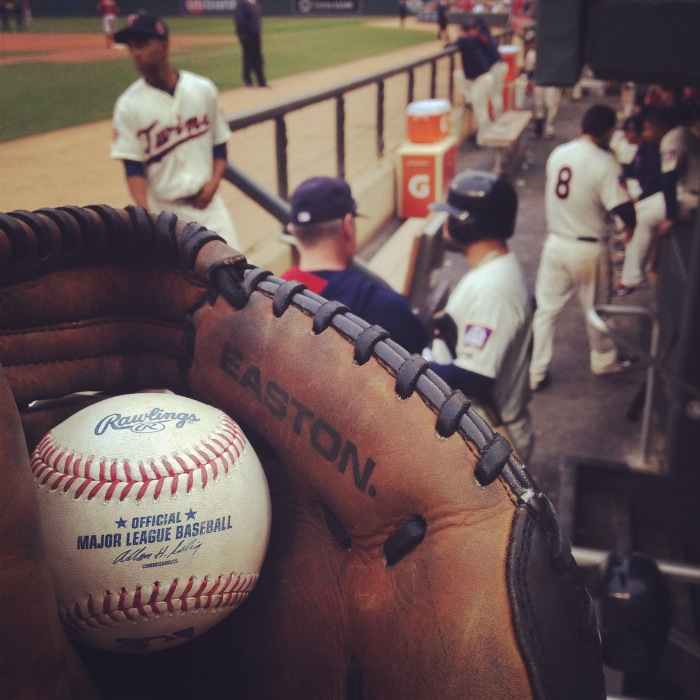 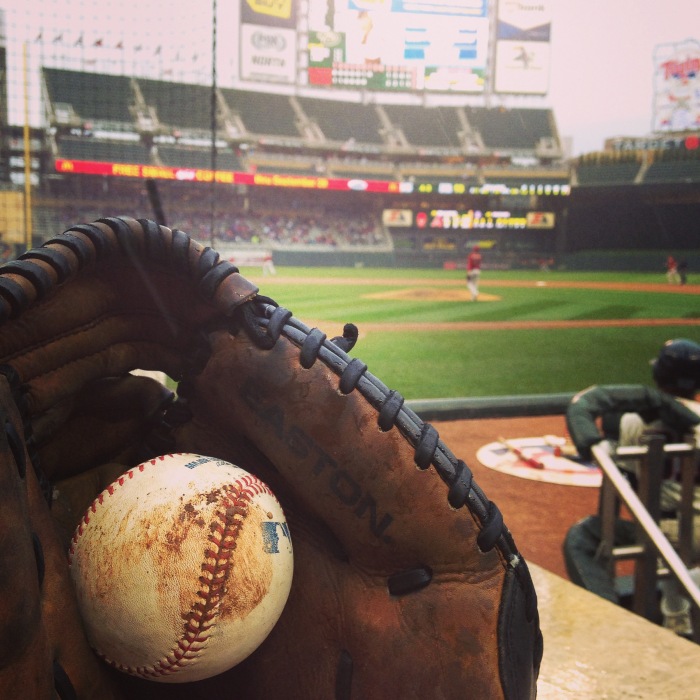 Nope, not poop.  DIRT!!  I love me a dirty souvenir; this one might be the finest example of the year.  I pitch in the dirt and subsequently fouled into the dirt by Danny Santana kept this ball from surviving. 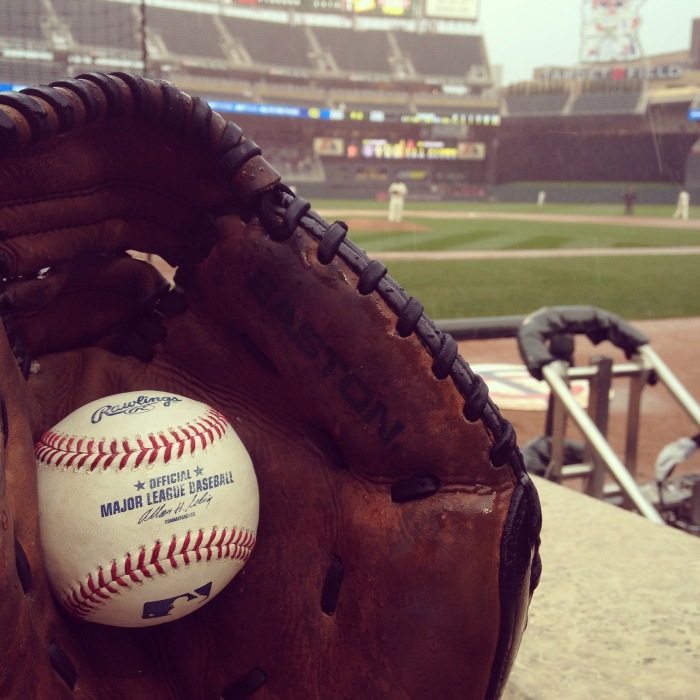 As the rain fell down harder and harder, the balls were being taken out quicker and quicker.  This one was tossed to me by Ron Gardenhire.  It was likely a game ball that was taken out of play and rolled over to him, but I cannot confirm.  The lack of rubbed dirt could be from the rain soaking it, but all these factors tell me that I cannot rightly call this a gamer.  Still, it was cool to tie my season high and still have some time left to break it.

How sad and frustrating is it to see Trevor having to say goodbye to the group under these conditions?  I wish I could have given him (along with the rest of the Twins) one last “thank you” and cheer for the win (and everyhting else he gave to me and the fans), but it just wasn’t in the cards.

The last ball from Dominique of the year.  A pitch in the dirt in the bottom of the 8th.  I will share my year-end stats, awards, and other random nuggets of knowledge,” but let’s give one thing away early:

Dominique, you are the MVP of 2014.  I will go further in depth and write a longer explanation, but this “secret” was something that couldn’t be kept.

Casey Fien came out (after throwing a couple hats into the stands) and tossed a half a dozen balls into the crowd.  Here’s one in a bucket of bubble gum that came from the dugout via Dominique.  I might just have to give myself a Bubble Gum Bath like many teams do these days after a walk-off.

After the game, Paul and I met up and took a group shot of our sangs for the day.  He finished with 9, but don;t ask him about what “could have been.” 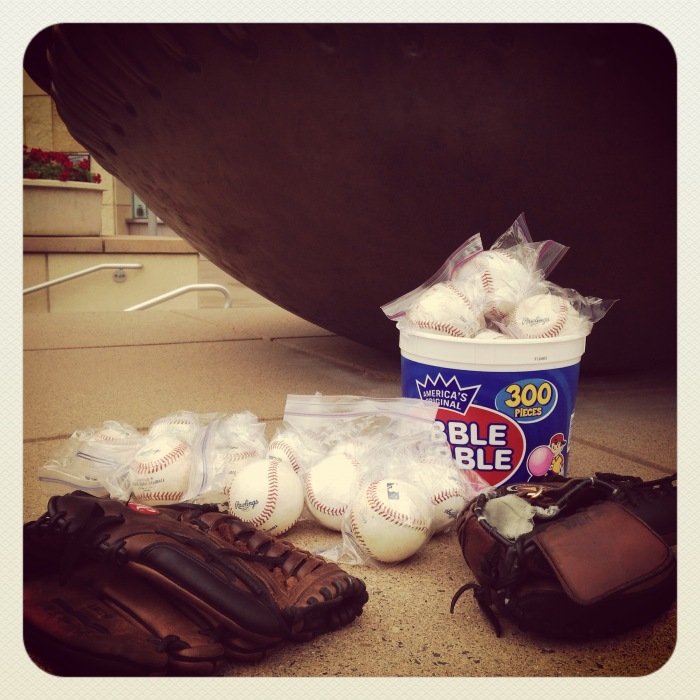 And there is the final individual game “group shot” of the year. 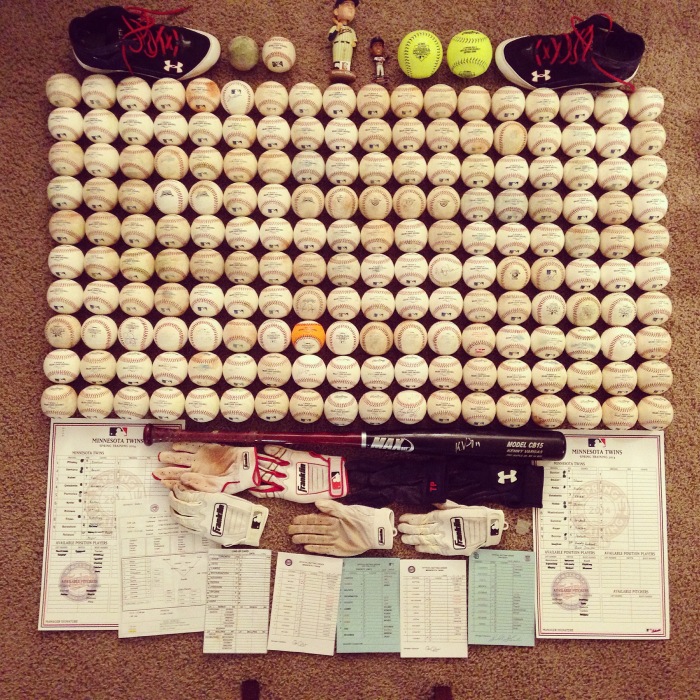 …And that is my 2014 baseball adventure all in one photo.

Like I mentioned before, I will have further blog posts giving recaps and rehashing what I experienced.

Bonus… How about a video of the best bat boy in the game? Here’s Dominique doing his best Globetrotter.