What a weekend! Friday night was Frankie Cosmos at the Triple Rock Social Club. Then Saturday brought some hockey action in the form of some coaching for Minnesota Special Hockey. Which brings us to Sunday…

THE LAST REGULAR SEASON GAME AT TARGET FIELD IN 2017!

With my greatest weapon neutralized via a fresh plaster/fiberglass coating, I felt physically downgraded – like being on the list of injured players. But my will and determination were greater than ever. Since this is a one-person “sport”, I was not hampering my “team” by trying to compete. I took my broken wrist, made the story into a clever sign (see collage below), and then tried my best at making the opposite hand with make shift glove seem normal. 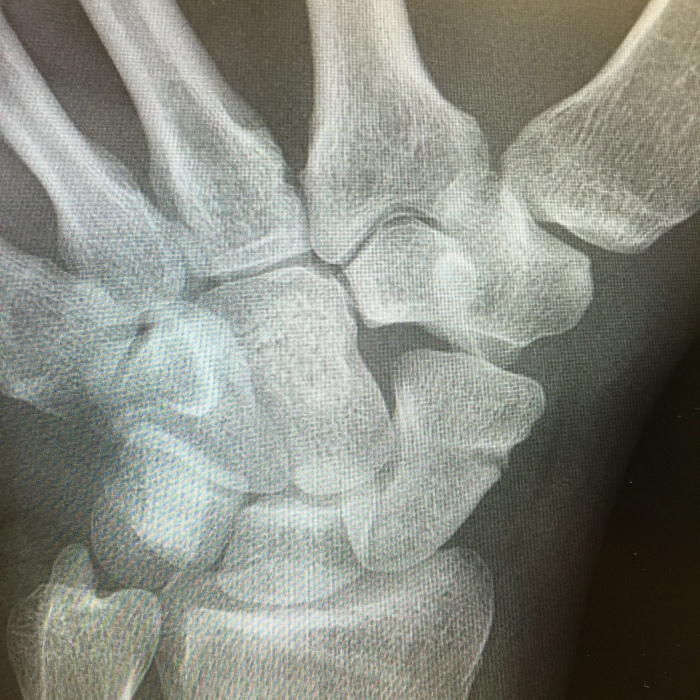 Normal it was not. But that’s OK, I like things a little left of center. I had searched high and low (a Wal-Mart, a Target, two sporting goods stores, and a Goodwill) for a glove for my right hand, but apparently Minnesotans either flipped the switch off for baseball already *or* no one in the state of Minnesota throws left-handed.

Rather than over-paying for one of the limited varieties of new gloves, I chose the “think outside the box” route. I didn’t have time to break in a baseball mitt, and $70-300 seemed steep, but who else uses a glove? A sport near and dear to Minnesotans has a rather quirky player that TENDS to use this in conjunction with a blocker…

I bought a used ice hockey goalie glove. This was cost effective, broken in, and even quite large. And on the off chance I could make a play on a ball, imagine the highlights and discussions that would take place. Jared even agreed, it was the most Minnesotan solution to the problem.

But enough of the backstory, let’s get into what might end up being my last game of the year… unless the Twins can slay the Yankees. I’ve been dreaming of the day I could snag a postseason commemorative at Target Field…

As for the game itself? Well, history was made the night before – Andrew Romine played all 9 positions on the field – and then the weather decided to also turn on us. The rain came early, delayed first pitch until almost 3 pm and then never really went away. There were brief periods of no rain, but it seemed like the constant of drizzle and/or wind made this 60 degree day feel like a miserable, grey day in the 50s. The boys of summer have turned into the men of October, so too must the weather change.

Without BP and with almost no one hitting the field before the game, I managed to still collect six baseballs. The first three of the day had to do with a couple of the kids of the Twins themselves. a HR Derby was played between two of them and I ended up picking up one of their HRs that was hit from somewhere in the mid-outfield into the Great Clips seats. The cool thing about that ball was that it turned out to be an Arizona Spring Training ball! I hadn’t snagged one of the 2017 versions yet and thought I wouldn’t get my hands on one this year. Luck was on my side, even if the weather and bone strength weren’t.

I also ended up getting Kennys Vargas to toss me a nicely rubbed game ball and later on his hat after the game. And lastly, I ended up taking home two more batting gloves – not a pair, but two singles. I believe they were used by Jason Castro and Jorge Polanco. The traditional “handing out of all the equipment” was stunted to say the least. Playoff baseball meant that the guys needed their bats and other goods, while it also meant they had a plane to catch to NYC, so the celebration with the fans was short. But that doesn’t matter, since the goal of bringing back hardware (WS trophy) far outweighs getting free stuff at the game.

So if this is it, what a year it has been. Both the Twins and myself accomplished many things that most people didn’t think were possible. It was a fantastic 2017, and I hope for at least one more chance to see the team play ball in Minnesota. Fingers crossed…

Now let’s back up to Friday night again. How cool is Frankie Cosmos?! 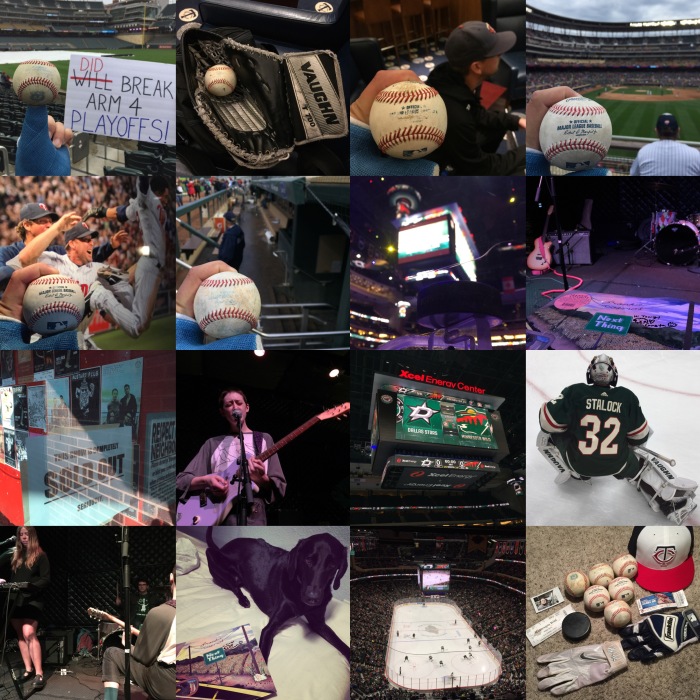 Podcast from the gates of this game… (A great show for those who want to hear me in pain.)

As you may have been able to tell, I am running low on storage space via WordPress. I have resorted to posting one collage per post, but I miss having extra pix, especially showcasing some panos from new stadiums. If you have a good work around or would like to see them posted somewhere else, let me know. If interest is high enough, I could be swayed to additional platforms.